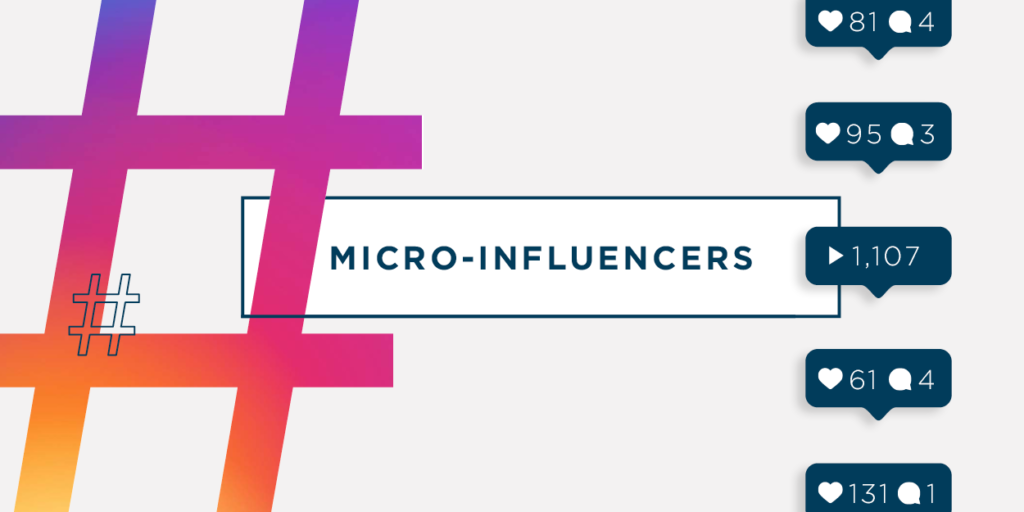 23 Sep What Are Micro-Influencers?

If you have been on social media anytime recently, chances are, you are familiar with the term “influencer.” Although influencers as we know then haven’t been around too long, they truly are a dominant presence on many social media platforms today.

However, while you may be familiar with big influencers that are advising millions of people on what to wear, where to go and what to do—you may not be as familiar with a specific subset of influencers known as “micro-influencers,” which may be smaller in scale, but are making a big impact on the world of online marketing.

Micro-influencers are online social media influencers who have between 1,000 and 100,000 followers. They are also considered to be experts in their respective niches. So, they may focus on fitness, fashion, DIY projects or anything in between.

These micro-influencer “niche experts” are in this very special “sweet spot” of followers, where they have enough to make a major influence on others and to work with prominent brands, but not so many followers that they aren’t able to engage with them. In fact, according to a study from Grin, it is estimated that these micro-influencers have 85% higher engagement with their followers than those who have more than 100,000 followers.

This is so important because it allows influencers to present themselves as peers to their followers and to really connect with them and a majority of consumers prefer the advice and recommendations from peers over traditional advertising.

Simply put, if you get a micro-influencer to endorse your brand, product or service, you are, in turn, connecting with everyone that they follow in a more intimate way.

By partnering with micro-influencers, you can have access to their trusted followers and enjoy working with someone that actually interacts with their audience more frequently than say a celebrity would on Instagram. These interactions are important because they build trust, which is something that every brand is looking for when they promote their company.

When you work with a micro-influencer, you will work together to determine if you would make great partners and if your target audience, and their group of followers overlap. If you do decide to work with this micro-influencer (if they are doing their job right) they will be an advocate for your brand. This doesn’t just mean making a single post and tagging your company in it, but actively advocating for what you do and what you offer.

Many companies are now finding that the money they can put into working with these micro-influencers can go much farther than it would by paying a celebrity influencer to plug their brand. It is one of the best ways to make a real connection.

How can micro-influencers impact your brand? And what can you do to harness the power of these influencers for your company’s success? Contact the experts here at Life In Motion today to learn more about how you can take advantage of this very profitable trend in the world of online marketing.